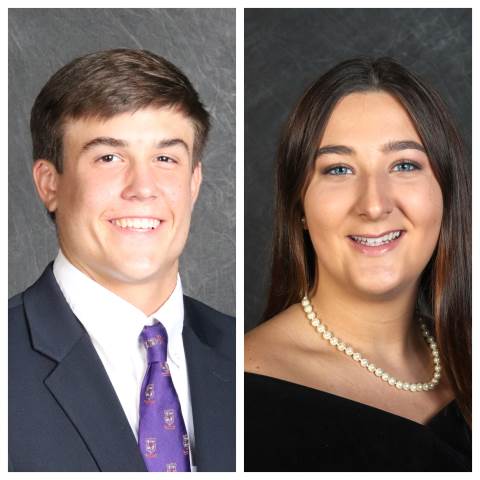 Seniors Frank Manning and Abby Burris have been recognized as Students of the Year by the Noon Optimist Club of Rome. Manning was winner of the All-Around category, while Burris won for Community Involvement.

Manning, a day student since August 2010, has taken 17 Honors and AP courses at the Upper School. He is a member of National Honor Society, Sociedad Honoraria Hispanica, Mu Alpha Theta and Tri M. A Presbyterian Fellow, he is  a member of the University of Georgia Certificate of Merit Program and received the Harvard Club Award. Manning is president of the Y-Cabinet, secretary of the Honor Council, and a member of the Concert Choir, the Random Notes men's a cappella group, the Young Republicans, and a four-year member of the varsity football and lacrosse teams. He is the son of Susi and Tommy Manning of Rome.

Burris, a day student since August 2016, has taken 19 Honors and AP courses at the Upper School. She is a member of National Honor Society, Sociedad Honoraria Hispanica, Mu Alpha Theta and the International Thespian Society. A Furman Scholar, Burris is the head day prefect of Regester House and a member of Science Club, Wildlife Appreciation Club, Model UN, Spanish Club, and The Darlington Players, where she serves as stagecraft mentor, team leader, and head builder. She also rides horses competitively. Burris has graduated from High School Leadership Rome, the Hugh O'Brien Youth Leadership Program and Darlington's Global Studies Program. As president of Darlington's Community Service Team, she has spent countless hours volunteering at the Open Door Home, McHenry Primary School, the Tri for the Kids youth triathlon, blood drives and doing river clean up, among other things. She is the daughter of Dawn and Jeff Burris of Cedartown, Ga. 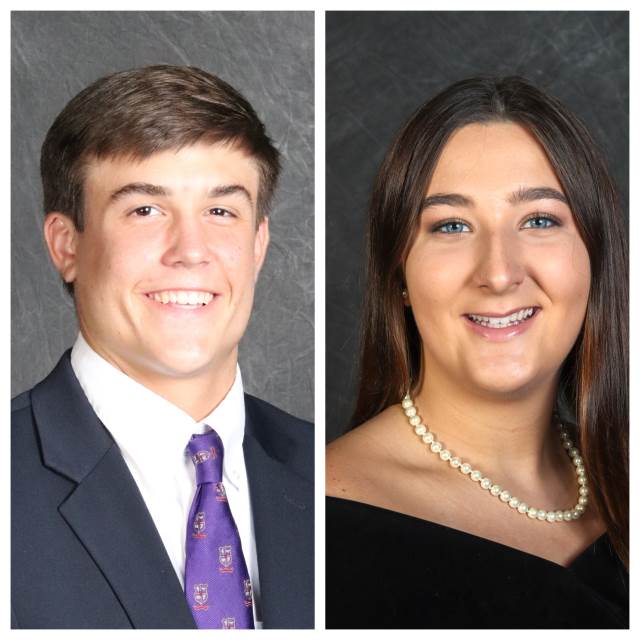