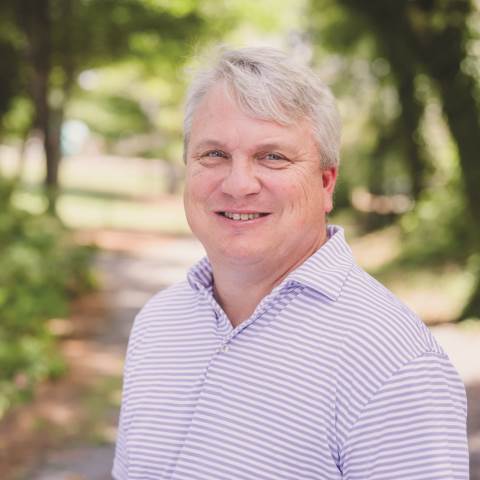 A third-generation automobile dealer, Andy Welborn (’85) has been in the family business for over 30 years. He moved to Rome, Ga., from South Carolina as a third-grader when his father acquired the local Chevrolet dealership. A couple of years later, the elder Welborn also purchased the Toyota dealership and the business, now known as Riverside Auto Group, continues to thrive with Andy serving as president.

Welborn credits his company’s success to his father, John, and the people who serve their customers every day. He credits much of his personal success to Darlington, where the relationships formed and family-like atmosphere have forever bonded Welborn and his family to the school.

“Most of us go to college, at least traditionally, for four years,” he said. “And yet at Darlington, we stayed together in Lower School, Middle School, and Upper School, and for up to 12 year’s together. We fought, played and cared for each other. We became family! I have friends that live across the country that I still talk to once or twice a month, and we text each other almost every day. Those are bonds that last a lifetime.”

The connections Welborn made at Darlington were clearly strong, but none have been stronger than his marriage to his wife of 27 years, the former Christa Lowe (’86). The couple ran in the same circles at Darlington, but it wasn’t until five-and-a-half years after Welborn graduated that they started dating.

“I think that people believe  we have an arranged marriage since our folks were both in the automobile business,” he said, “but I know that the good Lord definitely has a plan.”

After Darlington, Welborn had opportunities to play soccer at a few small colleges, but after hurting his shoulder the last game of his senior year and requiring surgery, he decided to attend the University of Mississippi.

“I had a brief stint at Ole Miss and was very successful socially,” he laughed. “Academically, I wasn't quite hitting the marks. When my dad saw my grades, he decided that needed to come home and  work a bit to get myself back on track.”

“Eventually, I just wound up working full time,” he said. “The next thing I knew, I was buying a house, getting married and having kids of my own. Then I had a family to raise and I was working six days a week. My dad told me during that time that if I didn’t go back [to college] then, that I never would. I was a bit hard-headed and time moved on.”

He and Christa have four children— Griffin, Grace (’15), Sam (’20),and Molly (’22) — and when Grace chose to attend Auburn University, Welborn decided it was time for him to go back to school as well. The pair graduated from Auburn in 2020 and even crossed the graduation stage together.

“It was a great feeling to complete my degree,” Welborn said. “I didn't really have to do it, but it’s kind of a promise I made to my dad and myself. There was a piece missing in my life that I felt needed completing. Unfortunately, my father passed away while I was working on my degree, but I know he knows. More than anything, I wanted my kids to know that it was important to gain the discipline to do it while they were young and get a good start with that balance in their life.”

Through the years, Welborn has been devoted to Darlington as a parent and currently serves on the Board of Trustees, a role that he sees as a way to ensure Darlington’s continued success. This year, he will lead the board’s Advancement Committee, which focuses on the external relations of the school, specifically development and enrollment management.

“The memories and all the relationships and bonds I’ve made at Darlington School are forever etched in my mind” Welborn said. “That is why I serve on the Board, to make sure that those same things happen for the kids and families that are coming through now and in the years to come.”

“The Board is not the power broker of the school,” he continued. “The parents, students, faculty and staff are. We’re just there to facilitate the needs and desires of all of those who are part of what makes Darlington a better place by listening. Our job is to keep working to make Darlington one of the elite college preparatory schools in the country.”