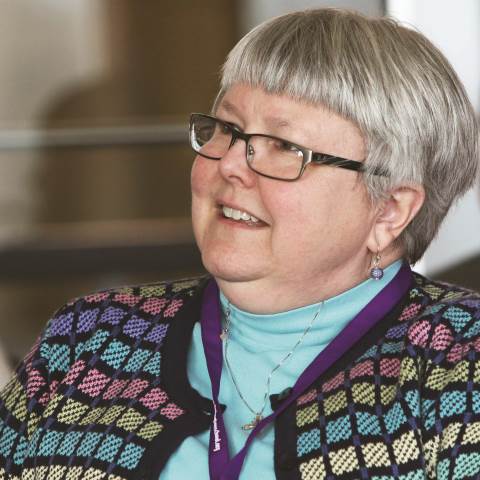 You might say the women who transitioned from attending the all-girls Thornwood School to the new, co-ed (and formerly all-boys) Darlington School when the two merged in 1973 learned a real-life lesson in adaptability. Jean Early (’76, LD ’14) was no different and it was this skill that has helped her time and time again throughout her career.

Thornwood and Darlington coming together was probably the best thing that could have ever happened to me,” said Early. “It gave me a lot of opportunities that I probably would have never had because it allowed me to branch out into a lot of areas.”

Early went on to attend Emory University and earn her degree in political science, but quickly changed gears.

“I graduated during one of the worst economies known to man and began interviewing for jobs,” she said. “They would ask if I could type and I would point out that I had a degree. I realized that I needed a different path if I wanted to be successful.”

Early enrolled at Georgia Tech as a computer science major but shifted to industrial management. Her early career saw her transition from writing documentation for computer programs into programming, but she was still looking for the right fit. Instead of staying put, she adapted and enrolled at Kennesaw State University to get her MBA in Finance.

“I helped computerize doctor’s offices and worked with a number of I.T. teams in hospitals, but frankly I got tired of people calling me in the middle of the night wanting to know how to format a diskette,” Early laughed. “I decided to pursue accounting and figured if someone called me in the middle of the night, they’d better be revenue agents getting ready to beat down my door.”

Early has been a CPA since 2003 and refers to the shift as her “midlife career change.” In 2005, she opened her own firm in Kennesaw, Ga., where she specializes in individual and small business tax and accounting, estate and trust taxation, not-for-profit accounting and taxation, and both Peachtree (Sage 50) and Quickbooks setup and support.

“It’s important to find your niche in life,” Early said. “My husband found his right off and was blessed to have made his hobby his career. It took me longer than most people, but I’ve been blessed with his support and the support of my parents.”

In their free time, Early and her now-retired husband, Richard Cook, serve at Family Promise of Cobb County, where she is treasurer of the Board of Trustees and he helps maintain the organization’s database.

“Family Promise serves the ‘hidden homeless’ — people who are one paycheck away from disaster and then that paycheck doesn’t come,” she said. “We have a rotational shelter program where several churches work together to provide temporary shelter for families while they go through a screening process. Once accepted, we counsel them on money management and finding and keeping a job. We also work to try and keep their children in the same schools so there’s no further disruption in their lives.

“Serving others is definitely something I have brought with me from Darlington,” Early continued. “I think a lot of emphasis is placed on serving others to show you’re a good leader. I believe that Darlington taught me to serve others because you’re a good person with a strong moral compass. That’s yet another thing that makes the school so special to me.”

Early has also continued to serve and support Darlington whenever possible. A graduate of Leadership Darlington, she has been a class agent, a Career Day speaker and is now a member of the Alumni Council. She’s actively engaged with Darlington’s Facebook page and has found the platform to be a great place to reconnect with her classmates and other alumni.

“My husband and I stay in a pretty tight bubble,” she said. “I mostly see people from church, I do needlework with some friends, and I serve at Family Promise, but I have connected with more Darlington people on Facebook than I ever did before it came along.”

She has also been working with classmates Jane (Cooper) Tate and Dan Wade to plan their upcoming 45th reunion in October.

“My experience at Darlington and the path I took after I graduated are the driving force behind my continued involvement,” she said. “I wish more than anything that my fellow alums could see how great the school is. I hope they see what a leg up we got in life because we attended such a great school and feel compelled to give back out of gratitude.”