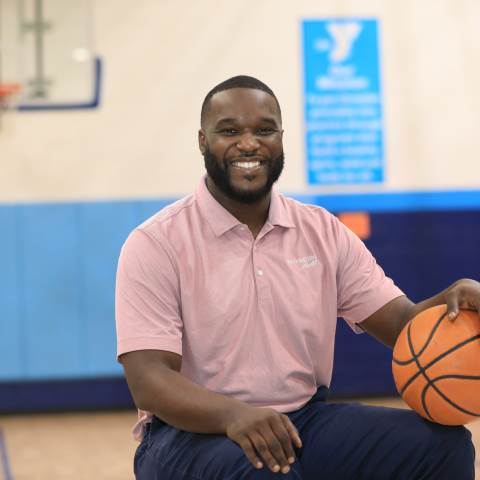 He grew up just a couple of miles from the Darlington campus, but it wasn’t until seventh grade that Chantz McClinic (’04, LD ’14) became a Tiger. Excited and nervous about the transition, the Elson Floyd Scholar quickly found a role model in his seventh-grade English teacher, Ken Wempe.

“I can remember our seventh-grade English exam like it was yesterday,” McClinic said. “It was on a short story that was only a paragraph long, and we had to diagram the entire thing. That is still one of my most difficult tests. Mr. Wempe was tough and influential. He didn’t allow me to take shortcuts, and this played an important role in my transition academically from public to private school.”

In high school, McClinic had a successful football career and was named 2A first-team all-state as a defensive back. He also had success on offense, running for 1,210 yards and 16 touchdowns as a senior. A multi-sport athlete, he competed in track, basketball, lacrosse and football.

“Chantz had a presence that was different from the time he set foot on our campus,” Atha said. “He was not just a crazy-good athlete, but he had a competitive mindset that set him apart. I’ve always believed truly great players have the ability to elevate the level of play for those around them. Chantz could do just that. He made his teammates believe that they could play at a high level because that’s what he did all the time. I always knew at some point he was going to make a play to change the game, and there’s no doubt he made me a better coach.”

McClinic signed to play football at Wake Forest University in Winston-Salem, N.C., fondly recalling the help he received from Dean of College Guidance Sam Moss (’63) during the process.

“I’m pretty sure Mr. Moss made me redo my college application twice,” he said. “And this was after I had already signed!”

After redshirting his first season, McClinic played in all 11 games the following year, primarily as a special teams contributor. By his junior year, he was a starting linebacker and finished eighth on the team with 45 tackles; as a senior, that number jumped to 51.

After graduating with a B.A. in Sociology, McClinic lived in Washington, D.C., for a couple of years before returning to Rome to serve as youth director at the YMCA.

“I was given the opportunity to lead the very programs that I had participated in as a child,” he said. “This was not only one of the most gratifying jobs that I’ve had, it was one of the most difficult.”

McClinic is now a team leader and manufacturing supervisor at Southeastern Mills. He and his wife, Whitney, belong to Lovejoy Baptist Church. His service to the community and enthusiasm for mentoring youth hasn’t ceased or dimmed as he has moved forward with his career; it has been fueled by a strong desire to give back.

Affectionately known as “coach” all across Rome, McClinic remains connected to the YMCA as a board member and basketball coach.

“Now that I’m out of that setting (at the YMCA) professionally, working directly for the youth is still very important to me,” he said. “Now that I’m older, I’m able to give what they gave me back to others.”

McClinic also coaches for Rome-Floyd Parks and Recreation and Rome Youth League Football and serves as a chair of the South Rome Redevelopment Corporation’s Early Learning Center Committee. He’s a mentor at Anna K. Davie Elementary School, serves at the Changed for Life ministry program in Rockmart, Ga., and has traveled to Tanzania to build homes as part of the NYANYA Project for grandmothers who are caring for foster children diagnosed with AIDS.

This calling of “service beyond self” has not gone unnoticed by the Rome community, and in February McClinic was honored with the 2019 Heart of the Community Young Heart Award.

“I don’t think community service has an age restriction on it, and I think there are leadership skills that you can learn from serving,” he said. “So I would, and I do, encourage the young men that I mentor to be involved in the community, and my advice to younger kids is to find out what it is that you’re passionate about and start there. Ultimately, the goal is to leave this place in a better standing when we’re not here.”