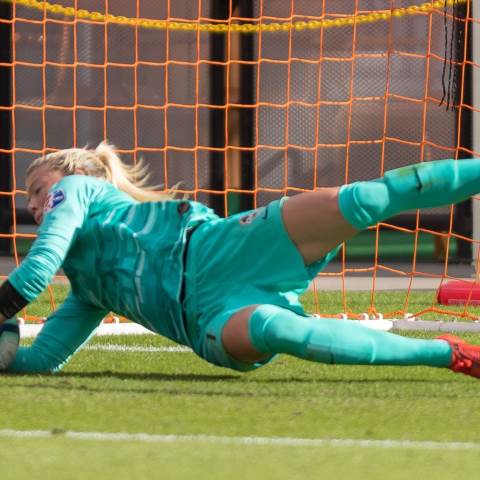 It’s typical for children to give different activities a try, donning both ballerina slippers and sports jerseys as they experience new things. It’s rare when these early experiences translate into a laser-focused future, but that was exactly the case for Kennesaw, Ga., native Jane Campbell (’13).

“I started playing soccer the same way everyone does, I guess, right after I learned to walk,” Campbell said. “I danced ballet, played basketball and tennis, tried soccer, and when I was 10 years old I decided to do travel ball for soccer.”

Campbell continued to play tennis and basketball on the side, but as she approached high school became more active in soccer club play. Her freshman year was pivotal in that it solidified her desire to pursue her soccer dreams and still find a way to have success in academics. Campbell decided to make the transition to Darlington as a sophomore, joining another friend and soccer standout.

“Allison Wetherington (’13) had been attending Darlington as a day student and was a close friend. She and Chad Liddle (Soccer Academy director), who I had been training with since seventh grade privately, each recommended that I come to Rome and become a more official part of the Soccer Academy,” said Campbell.

The transition to Darlington was seamless due to the fact that Campbell was already playing occasional games with the Academy when she could. She was able to travel with Concorde Fire South, compete with the Soccer Academy, and even found time to play varsity basketball for the Tigers.

While at Darlington, Campbell trained and played in the FIFA U17 World Cup for the U.S. National Team. At age 17, she became the youngest goalkeeper ever called to a national training camp for the senior U.S. women’s national soccer team. She was named a “Women’s Soccer Game-Changer” by Sports Illustrated and the 2012 Player of the Year by the National Soccer Coaches Association of America, all before she graduated from high school.

“Darlington is very unique and the boarding students have a very close community,” said Campbell. “We had this common bond of living on campus, dining together, going to study hall. Two of my best friends from high school were international students, one from Switzerland and one from the Bahamas. I would have never met the people I did if I hadn’t come to Darlington, and this definitely set me up for college success.”

Both of Campbell’s parents are former Navy fighter pilots, and both parents were collegiate athletes, so her drive for success isn’t surprising to her family. Her mother, Chrystal, rowed crew at the Naval Academy, and her father (and current Darlington trustee), Mike, played hockey and rowed at Wesleyan University. She followed the footsteps of her grandfather and great-great-grandfather to Stanford University.

Since leaving Darlington, Campbell has gone on to become one of the top young goalkeepers in the world. At Stanford, she played in 84 of a possible 91 games. She was named to the 2016 NSCAA All-American Team in her senior year and finished her collegiate career with 35 shutouts, tied for the most in program history.

Campbell’s stellar career at Stanford led to her being named to the U.S. Women’s National Soccer Team in 2016, an honor soon followed by being drafted into the National Women’s Soccer League by the Houston Dash.

“Playing for the Houston Dash is a dream come true for me. My next goal would be to make the Olympic roster for 2020 and then from there just keep pushing away,” said Campbell. “Maybe one of these seasons I’ll be ‘Goalkeeper of the Year.’ I just keep trying to be the best player and the best person I can be and I really believe that the rest will fall into place.”

Founded in 2005, Darlington School Soccer Academy is a 10-month residential soccer program. Open to day and boarding students as an extracurricular opportunity, the Soccer Academy enrolls highly motivated male and female student-athletes who share a common goal – to obtain a premier college-preparatory education and elite soccer training within a single, competitive program. Our world-class, professional coaching staff is committed to mapping out college recruitment strategies that fit each athlete’s unique academic and athletic abilities – placing 98% of our Soccer Academy graduates into collegiate soccer programs across the United States and Canada, and garnering millions of dollars in scholarship offers each year. The Class of 2019 celebrated 19 Soccer Academy scholarships. 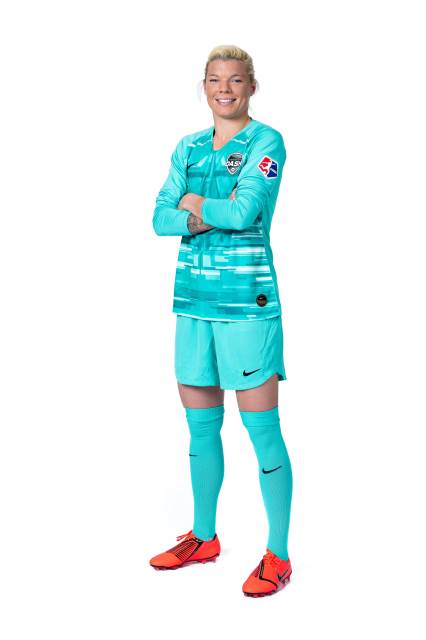