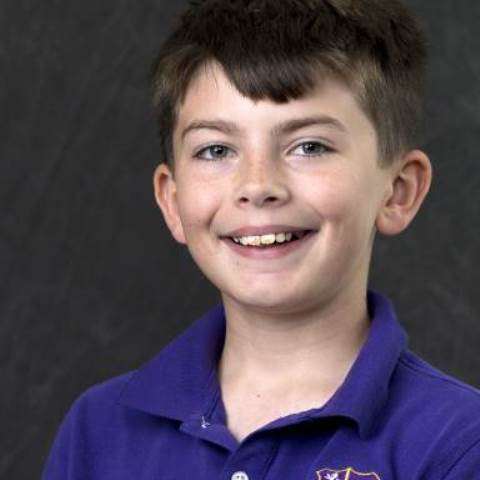 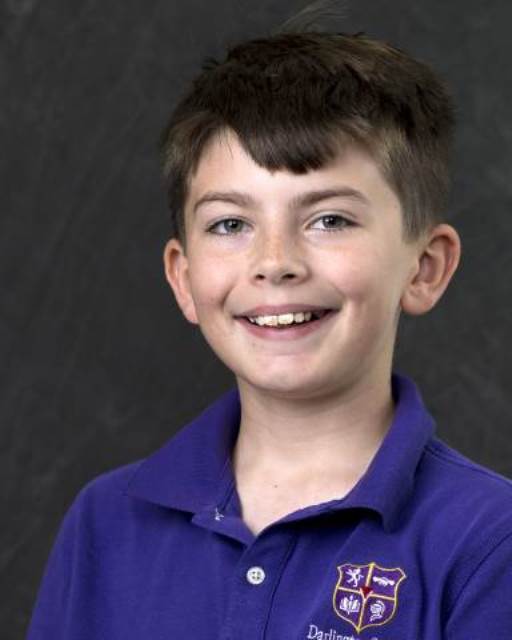 Fifth-grader Sullivan Anglin was named one of three winners among all participating school systems in the Martin Luther King Jr. essay contest sponsored by Atrium Health Floyd. He placed first among his classmates at Darlington before moving on to the local contest. Also recognized at the school-level were fifth-graders Finley Laliberte, second place, Charlotte Goode, third place, and George Lowrey, honorable mention.

Martin Luther King Jr. was a Civil Rights activist who peacefully protested for equality during the American Civil Rights Movement. His life's purpose was to make the world a better place. He dreamt of a world where freedom, justice, and equality reign supreme, and people are judged by their character, not the color of their skin. Dr. King is quoted as saying, "Darkness cannot drive out darkness; only light can do that. Hate cannot drive out hate; only love can do that."

Darkness can symbolize many different things: greed, selfishness, ignorance, negativity, hate, racism, depression, and despair. Darkness is the opposite of light. It is the absence of hope, positivity, forgiveness, love, happiness, and selflessness. During the Civil Rights Movement, there was a lot of darkness. People were judged and hated because of the color of their skin. Rosa Parks was thrown in jail because she would not give her bus seat to a white man. Civil Rights Movement supporters in Montgomery started boycotting the buses and walking everywhere instead of taking the bus. This resulted in people harassing them and hurting them, but they just kept walking. Ruby Bridges was the first African American to go to a all-white school. Most white parents did not want her to be there, but Ruby was very brave and walked into school every day. These brave people helped shine a light and pave the way for the future.

Martin Luther King Jr.'s words are still important today. There will always be darkness in the world. There was darkness during 9/11 and the COVID pandemic. There is darkness when we make a bad choice and can't see the way out of a situation, and when we are so nervous and afraid of something that we cannot think of anything else. In his quote, MLK Jr. is telling us that we can shine a light on everyone around us by loving them. During 9/11, the United States came together like never before. During the pandemic, people used Zoom and Google meets to get together with each other. One of the best examples of light is Christmas. It is a wonderful time of giving and love, when everyone gets together to celebrate Jesus's birth. I try to shine a light on those around me by being kind, sharing, asking my mom and dad how their days went, and playing with my sister. Also, my Grammy, sister, and I made and delivered care packages for homeless people.

The main idea of MLK, Jr's quote is to love one another. When we love each other, we fight the hate and the darkness. Another one of MLK, Jr's quotes states: '"If I cannot do great things, I can do small things in a great way." Martin Luther King Jr. has inspired me to be a better person and to try and bring light to everyone around me. I will look for the good in everyone and not judge people. I will also love people and do as many random acts of kindness as I can. If everyone does this, just imagine how much brighter the world would be.

Sullivan is the son of Ashley and Justin Anglin of Rome. 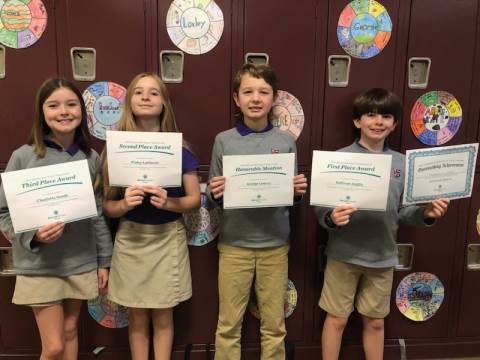