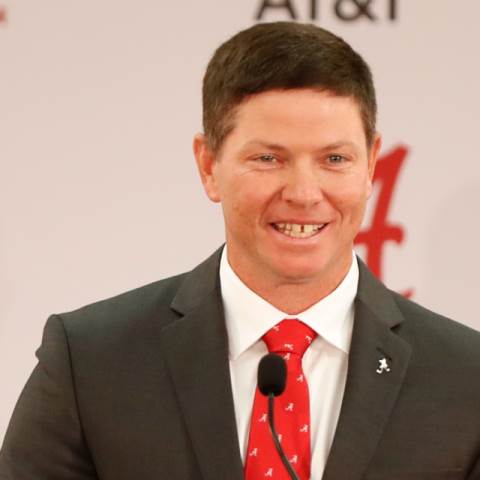 The path to success for one SEC head baseball coach began on the playing fields and in the classrooms of his alma mater.

University of Alabama head coach Brad Bohannon (’93) enrolled at Darlington as a day student in seventh grade and established himself as a true scholar-athlete in high school. A four-year member of the varsity baseball team and three-year member of the varsity football team, he was in the D-Club, Fellowship of Christian Athletes, National Honor Society and Mu Alpha Theta Mathematics Honor Society.

“The time I spent at Darlington exposed me to so many opportunities that I do not think would have been available had I not been there, and the diversity and culture that I was exposed to absolutely widened my worldview,” Bohannon said. “As an athlete, you develop strong connections to coaches. Gus Bell, Jerry Sharp and Eddie Guth are coaches I played for at Darlington who helped me grow as a person as much as an athlete.”

The alumnus left an impact on his mentors as well.

“Brad was always respectful, hard-working and a great leader in all that he did,” said Guth, now Darlington’s athletic director. “He was always the first one in for a workout and the last one to leave practice. He shined in the classroom and did all he could to excel in the community. Brad is a great ambassador for Darlington athletics.”

Bohannon began his collegiate career playing baseball at Vanderbilt and Georgia Tech before finishing up at Berry College, where he earned a degree in finance. He then earned his M.B.A. from Wake Forest.

“I did not fully appreciate it at the time, but my freshman year of college was a breeze because of how I was pushed academically at Darlington,” he said. “Darlington helped me develop time management skills that are essential to being successful in college and any competitive profession.”

While baseball was very much a part of his collegiate experience, it was at Wake Forest that Bohannon realized his desire to pursue coaching.

“At Wake Forest, I connected with the baseball program in a different way,” he said. “I worked for two seasons as a graduate assistant coach, and that’s when it resonated with me that I absolutely had a passion for coaching.”

In his two seasons in Winston-Salem, the Demon Deacons advanced to the NCAA tournament twice and captured the Atlantic Coast Conference title in 2001.

Faced with student loans and armed with a degree in finance, Bohannon put his coaching aspirations on hold and took a position as a financial analyst with Intel in Portland, Ore.

“I grew a lot professionally during that year, but I also caught a huge break as well,” he said.

“I refer to my move to Kentucky as my ‘big break,’ but on paper it certainly didn’t look that way at the time!” he said. “I remember calling my mother and telling her about the job I would be taking. She was so excited for me and then asked about what I’d be making. There was no money guaranteed and it wasn’t yet a full-time position. I was going from making very good money in corporate finance to making close to nothing, yet I still consider it my big break.”

Bohannon played a pivotal role in turning around both Kentucky and Auburn within three years on the job. The Wildcats became the first team in SEC history to go from worst to first in only one season, winning 44 games and the program’s first league title in 2006, while the Tigers won 12 more games in 2017 than in 2016 and advanced to the NCAA tournament.

“The most rewarding part of being a college coach is recruiting a 16-year-old ‘boy’ and watching him develop into a ‘young man,’ while hopefully having a positive influence on him during that time,” he said.

Regarded as one of the best recruiters in the nation, Bohannon was responsible for signing 13 Wildcat student-athletes that went on to play professional baseball, including 2014 Golden Spikes Award winner A.J. Reed, while his first recruiting class at Auburn was ranked No. 9 by Collegiate Baseball and includes six current starting position players.

Bohannon and his wife, Kim, now call Tuscaloosa home, but he thinks fondly of his roots in Rome.

“My friends at Darlington had a good influence on me. I started life after high school a lot more open minded and advanced socially and academically,” he said. “When you’re surrounded by peers who are on a path to be successful, you move ahead well and have a good direction in life.” 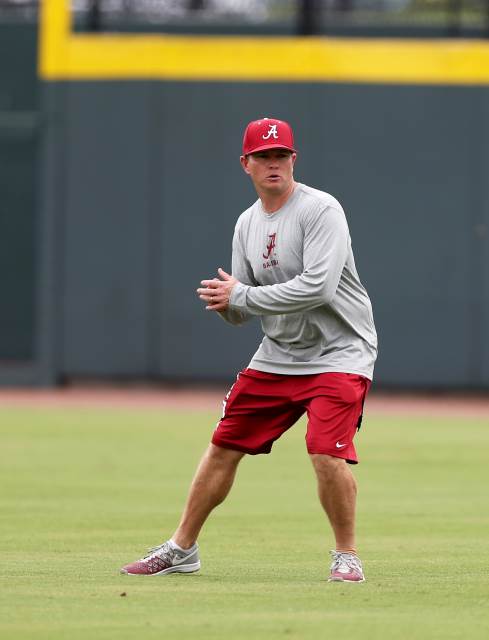