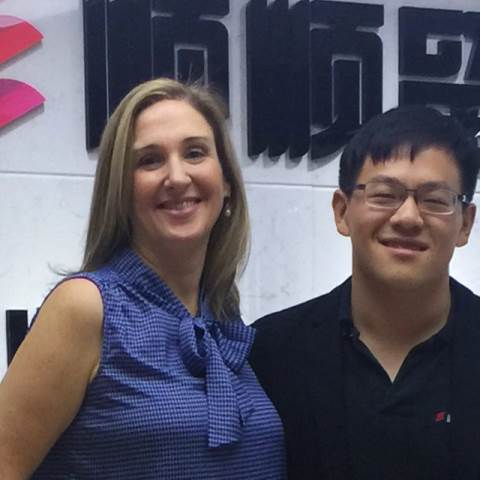 Technology moves quickly, and those who were born to innovate and create are advancing at lightning speed. Du Zhang (’13) is a self-proclaimed “dream geek,” and in the four years since he graduated from Darlington, has created a thriving, multi-million dollar corporation in China.

A four-year boarding student from Hangzhou, China, Zhang thrived both inside and outside the classroom at Darlington.

“My Darlington experience went way beyond just study inside the classrooms,” he said. “My memories include every single moment happening all around the campus. I participated in sports, attended the prom and played games at RUMPUS. Even making a trip into town as a boarding student was considered a learning experience!

“One of my unforgettable memories was running cross country on the mountain,” Zhang continued. “It wasn’t really about running, but talking with others about all sorts of topics. I ran with Mr. Kinney, Mr. McDurmon, Mr. Cox and others. I really cherish our times talking about plants, birds, fitness, girls and wisdom. I truly appreciate all the teachers I had at Darlington. Mrs. Inman inspired me to embrace diversity and open-mindedness. Her tenth-grade English class was my window into Dar World and a culture I was unfamiliar with.”

Inman, who still teaches English, now also serves as dean of students for global education. She recently caught up with Zhang while visiting alumni and prospective families in China.

“Du’s critical thinking, even in tenth grade, was remarkable,” she said. “I recall reading ‘Macbeth’ and he just got it in a way that nobody else could.”

“Mr. Kinney inspired me to create,” he said. “During robotics competitions, we faced successes and failures. But whatever the results were, he was always encouraging and optimistic.”

Zhang credits the engineering mindset and leadership lessons he learned through robotics with developing a solid foundation for his future career and way of thinking.

“Du was an absolute rock star in our robotics lab and in my science classroom,” Kinney said. “He was (and certainly still is) a natural leader for his peers, bringing a remarkable level of engagement and enthusiasm for learning. On our robotics team, Du quickly became a lead builder and programmer, as well as an expert spokesperson for the team.”

After Darlington, Zhang attended Washington University in St. Louis, Mo., with a nearly perfect SAT score. As a freshman, he rallied a group of six to participate in the Global Hackathon, a coding competition that attracted 400 participants from around the world. Zhang’s team won and within 48 hours he had accepted a position as lead research engineer at TopOpps, a software startup in Silicon Valley.

“This experience opened up the world of tech entrepreneurship to me,” said Zhang. “I was obsessed with tech innovations and the business opportunities coming with it. In 2014, I decided to go back to China to start my own tech business. Combining tech knowledge and my own international education experience, I decided to build a platform that connects Chinese students and overseas education opportunities.”

Zhang and his partners launched ShunShun – which means “smoothly” in Mandarin – in a basement in Beijing. The platform quickly took off.

“In 2014, we raised $2 million (USD) in angel funding from the famous venture capital Accel/IDG,” said Zhang. “A year later, we raised $18 million (USD) through Tomorrow Advancing Life Group, a New York-listed education corporation in China. In 2016, ShunShun completed a merger acquisition with TAL Group, and I became a member of TAL’s management team as CTO.”

Today, ShunShun has more than 1,000 employees and serves more than 15,000 families in China each year, focusing on nearly every aspect of international education from kindergarten to doctoral programs.

As he develops new algorithms to match students with colleges and graduate schools, Zhang fondly holds his Darlington experience close.

“Darlington now has an extensive alumni network in Asia. It is a network made of entrepreneurs, bankers, artists and engineers,” he said. “The practical knowledge I gained at Darlington is not exactly related to the work I do, but Dar’s motto has always kept me in check in a chaotic business world: Wisdom more than Knowledge, Service beyond Self, Honor above Everything.” 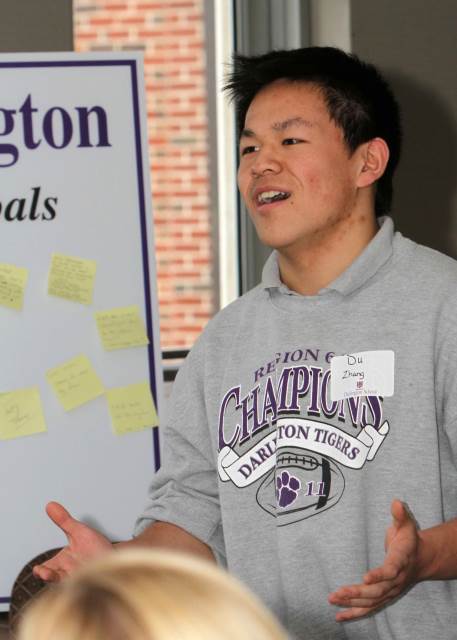 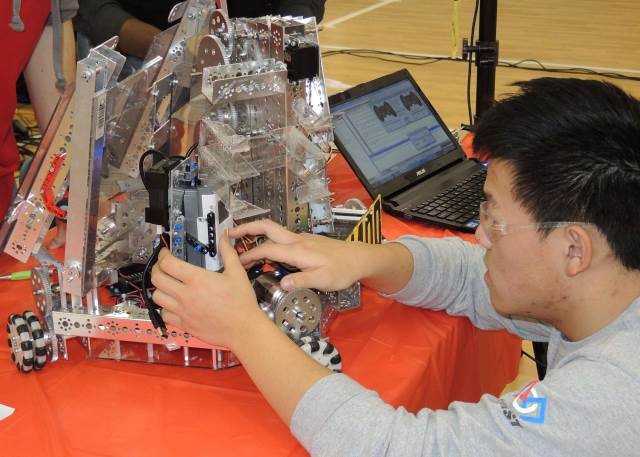