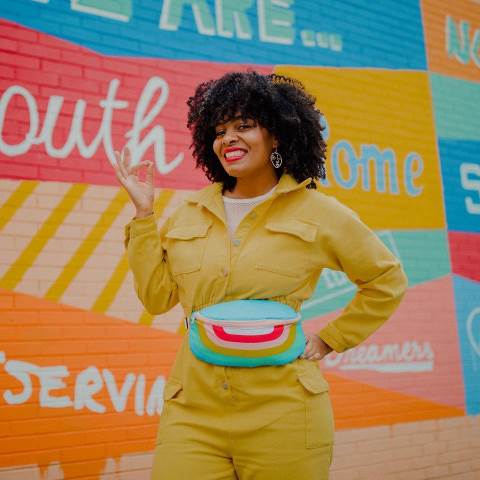 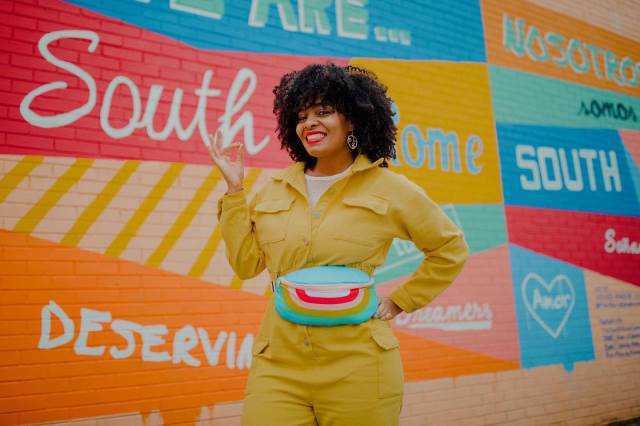 Xaivier Ringer ('04) in front of her mural in South Rome.

We're excited to connect with our alumni through our Darlington Connects series. Today we hear from Xaivier Ringer ('04), a working artist and the co-founder of Rome Mural Co-Lab.

This Darlington Connects story is a result of a collaboration between our Upper School art students and Rome Mural CoLab founders Xaivier Ringer (‘04) and Ellie Borromeo. As part of Fall for the Arts 2020, they worked together to design a mural for the McCallie-Kennedy Library that best represented the arts at Darlington. Current parent Ali Booker helped make the connection that led to this experience, which was sponsored by the Fine Arts Booster Club.

Xaivier Ringer was a two-year day student from Rome who -- when given the opportunity -- jumped at the chance to join the Darlington Community. She had wanted to attend Darlington since middle school and was excited when she was able to enroll her junior year. From day one, she loved being able to interact with day, dorm, and international students, and was drawn to the opportunity to meet new people, hear different accents, and learn about different cultures.

“It felt like people [at Darlington] were more interested in who I was,” said Xaivier. “It was the opportunity for something new … and just felt right.”

She fondly recalls her teachers taking the time to connect with her interests. Her first year, she signed up for an art class that exposed her to many different mediums. Now a working artist, Xavier had never had the chance to take art before coming to Darlington, though she had always been drawn to it.

“Mrs. [Eva Marie] Burns (‘79) allowed me to explore, she recognized my creativity, and I received an art award that year,” said Xaivier. “The class was an intro to everything. I loved printmaking and linoleum, and my work was included in The Inkslinger literary magazine. That was a way to show your work and people would be impressed; I began thinking, ‘Well, maybe I’m creative!’”

In high school, Xaivier also played tennis and volleyball and was involved in different clubs. She credits Darlington’s college guidance program with being a huge part of her success after high school. She worked with adviser Charlotte Smith, who empowered her to pursue some dream schools. This ultimately landed her at Georgetown University.

Upon arriving at Georgetown, Xaivier was well prepared because of her experience at Darlington. She knew how to network and how to work with different people from all walks of life. She chose to pursue a degree in government with minors in Spanish and studio art.

“I decided I would do what I like to do while focusing on academics and politics,” she said. “Georgetown gave me the space to be myself with people who did or didn’t look like you or you, them.”

Toward the end of her time at Georgetown, Xaivier started thinking about law school because she wanted to help people, but ultimately decided to go more of a grassroots route. She had been a part of the prestigious Bakers Scholars Program, which -- along with her volunteer work and study abroad experience in the Dominican Republic -- helped guide her next steps.

“It led me to find something that fulfills my interest in business and community development and is tied to art,” she explained.

Upon connecting with an older Georgetown student, Xaivier found out about the Mural Arts Program Philadelphia. She quickly applied and received an internship painting murals.

“I found a program with pillars and objectives to engage people and to employ people and artists in a robust and comprehensive way,” she said.

This led to a development consultant job in the Dominican Republic with interims of returning to Rome for periods of time. During one of these trips back home, she connected with local artist and designer Ellie Borromeo, and together they completed their first mural in 2018 -- the South Rome mural on East 19th Street.

She also worked with a mural project in Bangkok virtually and on site, which became the largest of her projects, as she began her life as a mother and worked with a school for deaf students.

“The community came together and the Thai contacts were a great team,” she said. “The unveiling created harmony between Muslim and Buddhist communities, and we worked through the U.S. Embassy.” This happened in 2019.

Returning to Rome after this project, Xaivier reconnected with Ellie and they formed Rome Mural CoLab in the summer of 2020 with the goal of igniting public spaces and interest in Rome through mural art -- inspiring tourism, pride and community beautification. The pair recently finished a mural at GoGo Running and have projects in the works with the Rome Floyd YMCA, the Rome Chamber of Commerce and Harbin Clinic. All are collaborative efforts that allow community members to get involved with the design and painting.

Xaivier’s journey is impressive and truly connects back to her experience at Darlington. I think the most important thing I took away from talking with her is that she found a way to connect her passions and gifts for the greater good.

“It can be something other than law to facilitate people feeling empowered,” she said. “I’ve been able to provide tools for voices to be heard in the same way that law can help advocate for those who need legal representation and are seeking justice.”

As a working artist, Xaivier has truly found a way to do what she loves while providing a platform for people to feel supported and heard. This is a true example of Darlington’s mission of empowering students to learn with passion, act with integrity and serve with respect.

Thank you, Xaivier, for your meaningful work and for taking the time to connect with us and our current students. We look forward to staying connected and working together in the future.

To connect with Xaivier, please email connect@darlingtonschool.org. You can also check out Rome Mural CoLab on Facebook by clicking here.

Are you a member of Darlington Community (or do you know one) with an interesting career or community involvement? We'd love to spotlight you in a future blog! Please email connect@darlingtonschool.org if you are interested in being featured. 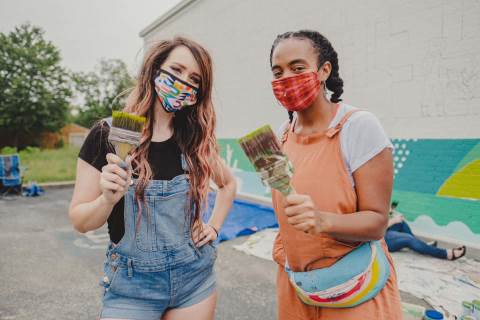 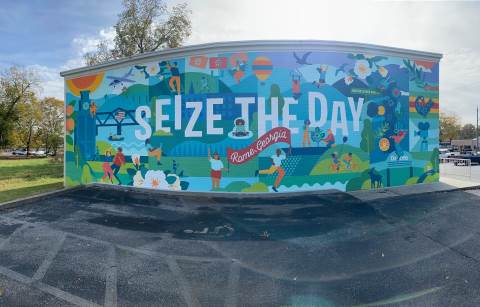 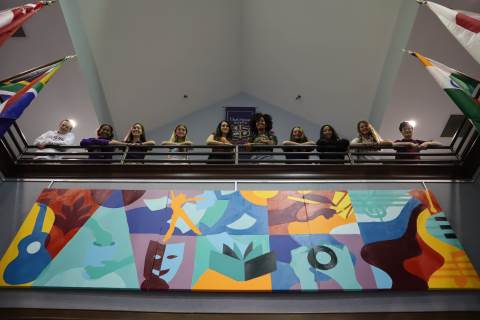 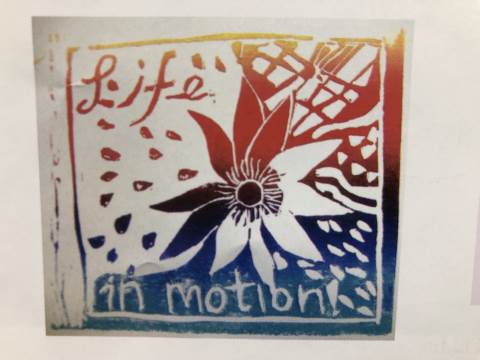 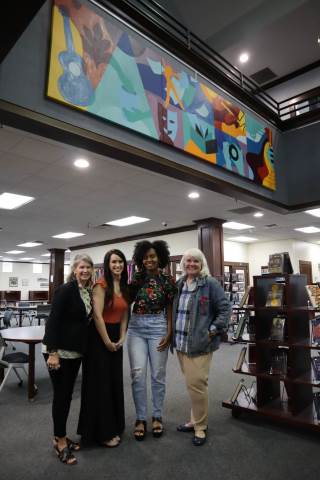