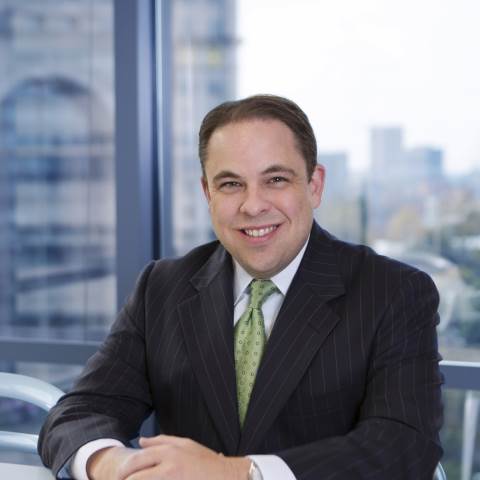 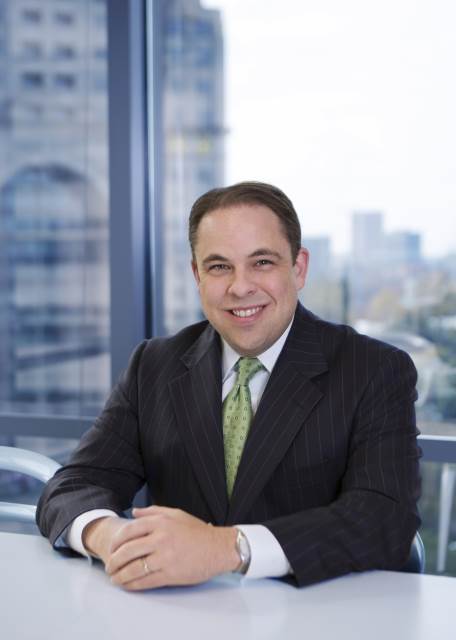 From the stage at Darlington to the U.S. Supreme Court, Thomas J. Mew IV (‘90) has taken the foundation of creative and critical thinking skills he acquired during his time at the Lakeside and used them to build a successful career in law.

“Naturally, there was broad academic rigor at Darlington, but I also enjoyed the diversity of the student population that opened me to different viewpoints and experiences from around the world,” he said.

A number of teachers stand out in Mew’s memories, but he says his English and drama teacher, David Powell, had a profound influence on his life.

“The way he challenged his students to read a text, read more deeply, and then think about potential interpretations helped me look for meaning beyond the surface of the words,” said Mew. “He would also use a text or play in the drama program to set how the narrative would play out, and that is important in what I do every day.“

Powell, along with the late George Awsumb, helped Mew lay a foundation of communication and creativity.

“Law is a lot like storytelling -- telling the story in a way that resonates with people,” he said. “I learned much about the creative process with David Powell and George Awsumb, and anything you do in law is a creative process.”

After law school, Mew served as a law clerk to the Hon. Herschel P. Franks of the Tennessee Court of Appeals and to the Hon. Harold L. Murphy of the United States District Court for the Northern District of Georgia. He practiced for many years at Rogers & Hardin and is now a partner with Buckley Beal in Atlanta.

Mew’s practice covers a broad range of employment law matters, including both individual and class action wage-and-hour, discrimination, and harassment litigation, as well as in arbitration and mediation. He is also an advisor on employment contracts, releases and restrictive covenant issues.

Mew has represented clients at all levels in state and federal courts, including the U.S. Supreme Court. In a 6 to 3 ruling on June 15, the Supreme Court decided that Title VII of the Civil Rights Act of 1964, which prohibits discrimination “because of sex,” includes LGBTQ employees. Mew represents Gerald Bostock, petitioner in Bostock v. Clayton County, Ga., and led the charge to secure this historic civil rights victory.

“There are no words to fully express Gerald Bostock’s sincere gratitude for the Supreme Court’s decision in his case,” said Mew. “In a moment when so many are hurting and reeling from the injustices of inequality, this is a positive step in the right direction for equal rights. But there is still so much work to be done, as recent events underscore.”

According to Mew, having a case heard in the U.S. Supreme Court is very much about being in the right place at the right time.

“Representing a client in the U.S. Supreme Court was a pretty incredible experience,” he said. “It was a case that really needed to be heard by the Supreme Court because there was division in the lower courts across the country. This outcome will add uniformity across the country. I was cautiously optimistic about the outcome because we had always felt that the argument we were making was the most consistent with the text of the statute. I was thrilled to see it and thrilled to be able to share the result with my client.”

The landmark case brought national attention to Mew and his firm, and it was his teacher and friend David Powell that made certain that Darlington was aware of the accomplishment.

“Thomas was a fine student -- honest, witty and talented,” said Powell. “He never backed away from a challenge, and in fact tackled one very difficult acting role in Chris Durang's ‘Baby with the Bathwater.’ I had the pleasure of watching his daughter, Eden, perform last January, and it was a circle-of-life moment a teacher sometimes gets to witness. I'm immensely proud of Thomas' significant legal work in a landmark decision, and it helps me feel our future is in good hands.”