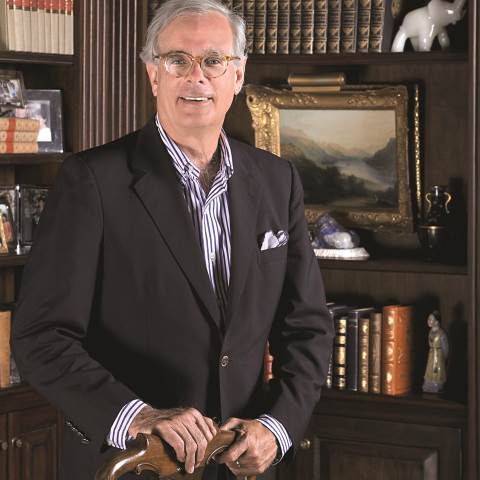 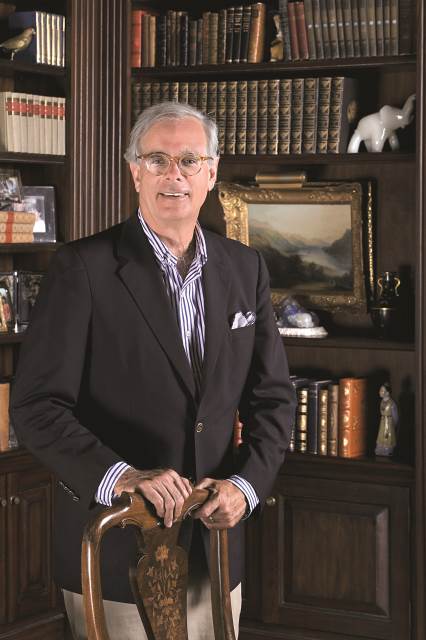 Textiles and fabrics are stitched into Bew White’s (’68) family story. His great-grandfather was Braxton Bragg “B.B.” Comer, former governor of Alabama and founder of Avondale Mills, a textile company based in Birmingham, Ala. Before White could jump into an expected career with Avondale Mills, however, he needed to pursue an education. That path led him to Darlington School for the boarding experience.

Bew was very active in campus life at Darlington as a soccer player, cheerleader, member of the Pep Committee, proctor, and Darlingtonian staffer. He was also involved with the Darlington Players. He recalls with fondness the bonds forged between the day and dorm students – or “day dogs” and “dorm dirt” as he referred to them.

“The constant social interaction with others was very helpful,” said White. “Living in a dorm away from your parents from the time you’re 16 years old is initially a big wake-up call, but certainly matures you more quickly.”

After Darlington, White earned a B.S. in Textile Engineering from Auburn University and, while there, met and married his wife of 48 years, Wendy.

After graduating, he went into the family business as Avondale’s salesperson in New York with the Northeast as his territory. With clients such as K-Mart and JoAnn Fabrics, White covered a territory ranging from Ohio and Michigan to Pennsylvania and New York. He was a successful salesman, but realized that he wanted to try something on his own.

At just 28 years old, White left his job in the Northeast and started a sales representative company in 1978 called Vista Corp., which specialized in selling outdoor furniture. In 1987, he started multiple companies in an effort to expand from selling on the road to building a national brand. One of those companies was Summer Classics, created with the intent to design and manufacture products that White would want in his own backyard. With a business model based on creating products that were consumer driven, would stand the test of time, and would not go out of style, Summer Classics officially took off in 1987.

Three decades later, Summer Classics has become a leader in the design, marketing and retailing of high-end outdoor furniture. Due to the seasonality of the outdoor furniture market, White has continued to seek fresh ways to expand business. In 2008, he recruited his son, William White, to head up a new indoor furniture brand called Gabby (named after his grandmother, Gabrielle “Gabby” Comer). Gabby, which debuted in 2010, is credited with the growth of annual revenue since its launch. This prompted the creation of a third product line in 2018, Wendy Jane, a collection of handcrafted indoor and outdoor pillows created by White’s daughter, Wynne (White) Martin (’00).

“Your children tend to tell you things your employees won’t tell you, which can be helpful,” said White. “Building a company is very difficult, but when your children see how everything works and can make people’s lives better (including their own), they tend to immediately get it! Working with them is probably one of the great blessings of our lives.”

Initially, COVID-19 halted business at Southern Classics, but most stores opened within a few weeks once new protocols and procedures had been put into place. Since then, business has been strong.

“It turns out sitting outside is a good thing and people are doing it a lot,” said White. “In fact, we recently donated a large sum of furniture to Darlington so more students could sit outside.”

The shift to the outdoors is evident on Darlington’s campus these days as students spend their breaks together and enjoy their lunches outside, sitting on the furniture donated by White. Some teachers also have classes in these beautifully furnished outdoor spaces.

“Bew has faithfully donated outdoor furniture to Darlington over the years as a way to enhance the enjoyment of the campus for our school community all who visit,” said Julie (Wilson) Lucas (’97), chief advancement officer. “He loves Darlington and is such a great example of how we can connect the passion and business of a donor directly with our student experience. We are so grateful for Bew and his continued love of the school.”