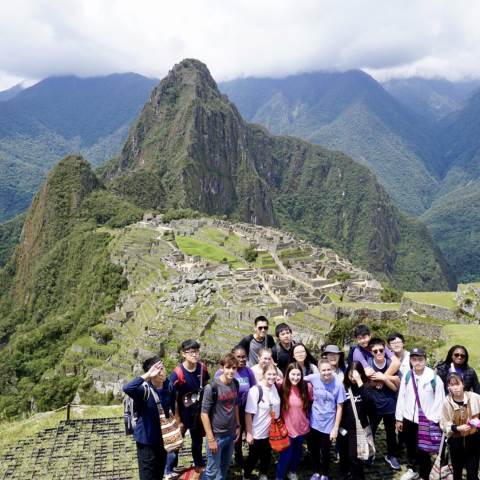 20 students and three chaperones have headed to Peru during Thanksgiving Break to learn about the culture and work on service projects in some of the communities. Throughout the trip we will hear from students as they share about their experiences abroad.

Today's update is from freshmen Clare Cao and Tina Wang:

For the second day in Aguas Calientes, we set out to climb to the ancient Inca city of Machu Picchu. Our tour guide told us that we could choose to hike up the mountain or take a bus to go straight to the top. I, Clare, choose to push myself a little bit and hike the way up. It was a very challenging hike for all of us especially with the high altitude. So, we had to take two to three minute breaks after a little walk all the way up. We thought it would be very easy to climb to the top but it was way harder than we thought. After we got to the middle of the hike, we all thought our legs didn’t exist anymore, but we kept pushing ourselves. When we reached the group that took the bus at the top, we were proud of ourselves and glad we choose to hike to Machu Picchu.

After we finished hiking, we rested and had lunch at the entrance to Machu Picchu native living park. Then we entered the grounds of Machu Picchu. I saw ancient stone structures set among the grass and tree covered peaks of the mountains. Clouds surrounded the mountain peaks.  After some time to take pictures at the top, we divided into two groups, beginning our Machu Picchu tour.

Machu Picchu was once the home of an ancient people who worshipped the sun. The first area we visited was the Temple of the Sun and the Room of the Three Windows. The three windows were for the three levels of the world - the gods, the humans, and the dead. During the summer or winter solstice, the Incas held sacrifices here. What impressed all of us were two small round pools of water. When we stood at the front of one of the pools, we saw the reflection of the sun. The Incas used the pools to see their gods, constellations, and the moon.  In addition to these buildings, we also saw some alpaca. The entire city had layers of grass fields and terraces embedded in the rock of the mountain. Irrigated agriculture was not well developed and the main crops here were corn and potatoes. The Incas built a special warehouse to store the food brought from other parts of the empire. Our tour guide said that there are more than 4000 kinds of potatoes here.

We walked along the stone road in awe as we gradually left the ancient city. What a fulfilling experience it was!! 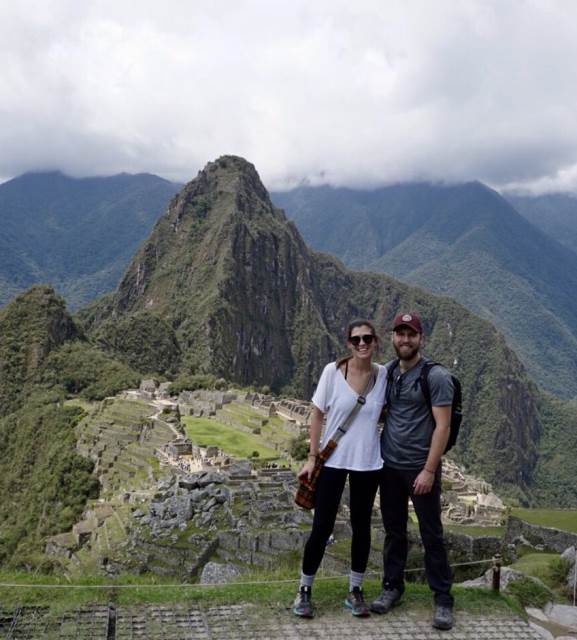 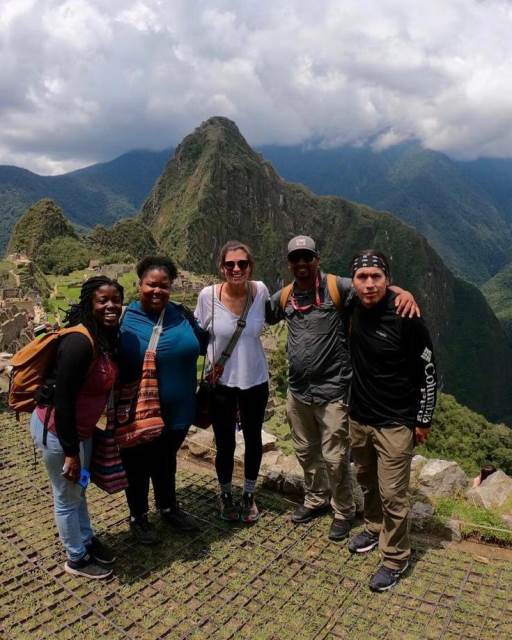 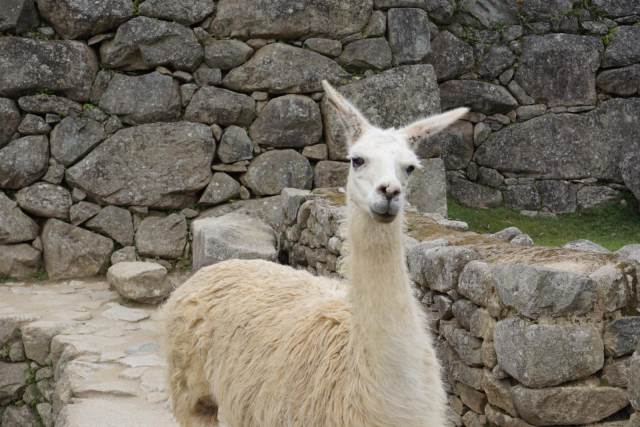 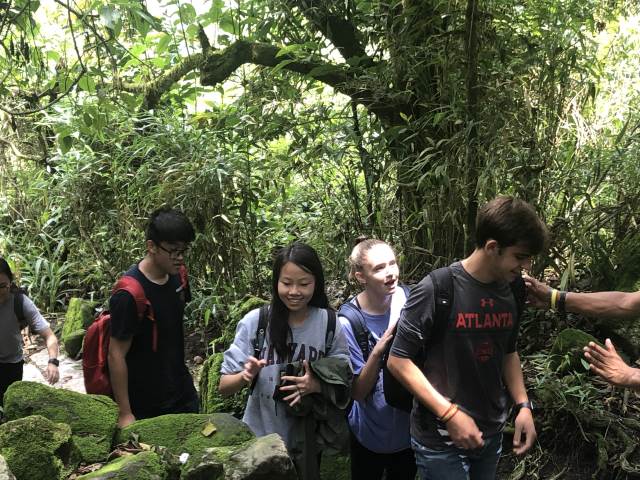 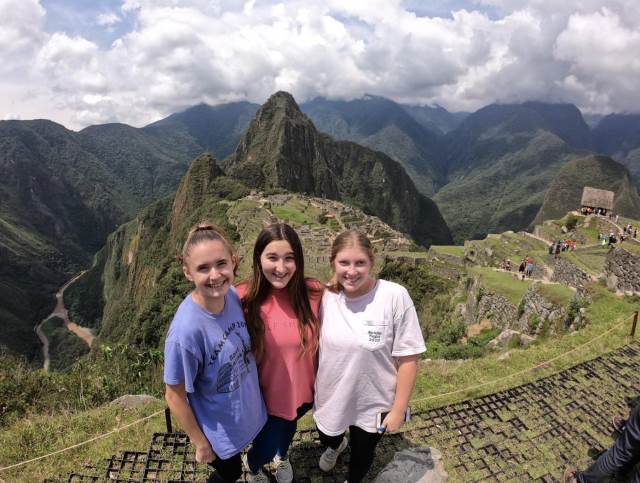 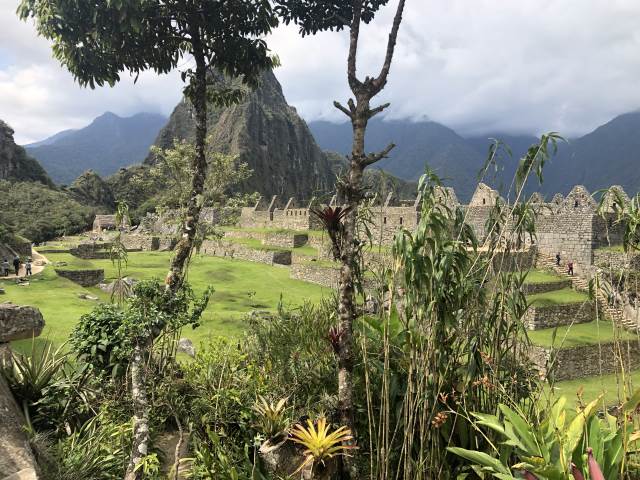 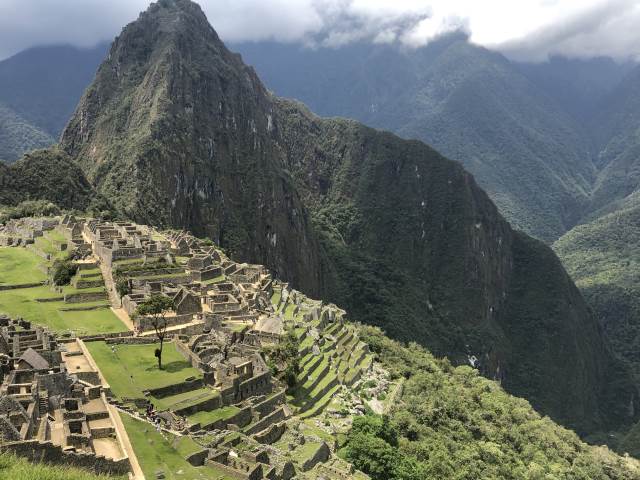